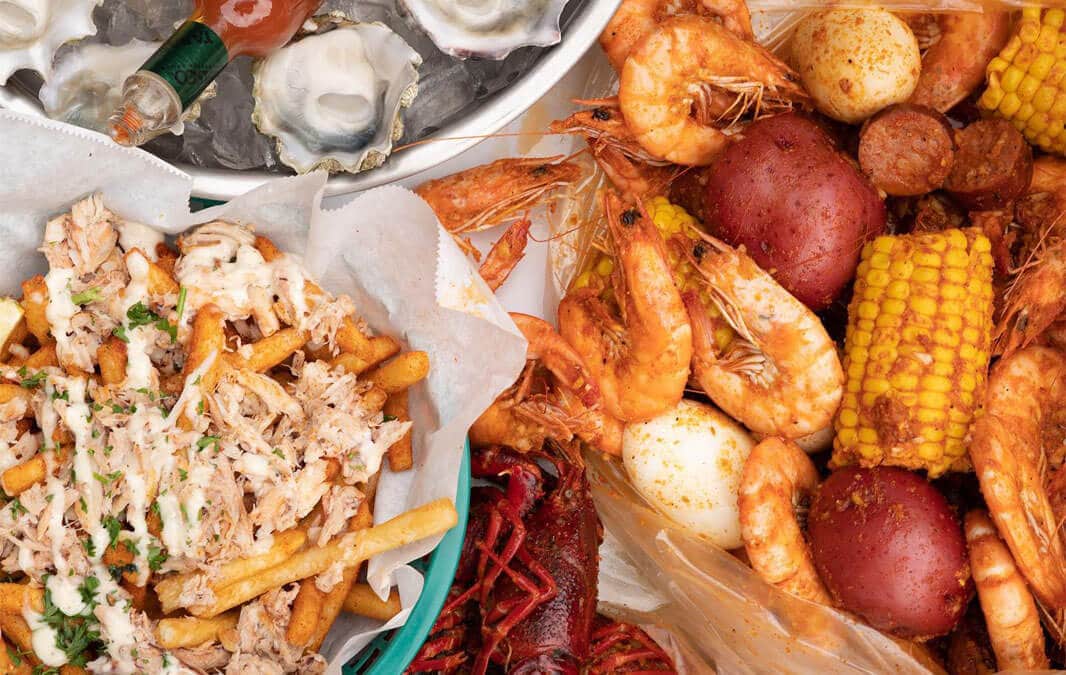 Garden Grove, California, is a wonderful place to live. With easy access to attractions like Disneyland, Knott’s Berry Farm, Sea World, and Universal Studios, you never run out of things to do. But more importantly, you never run out of interesting and bold places to eat. And few get us drooling quite like The Boiling Crab.

A boy from Texas and a girl from Kansas had a dream to bring both the fun and taste of a backyard crab fest right here to Garden Grove, California, and that dream became a reality with The Boiling Crab. Read on to learn more about this Garden Grove gem.

A “Tail” of Boy Meets Girl

The story of The Boiling Crab starts in the Southeastern Texas town of Seadrift. The restaurant’s founder, known as Yo’Daddy, and his family of fishermen caught oysters, crab, and shrimp for the seafood industry before heading home to play with spices and boiling the best of their fresh catch.

In 1995, Yo’Daddy married Yo’Mama, a girl from the Midwest who didn’t have much exposure to seafood but did know how to host events for friends and family with plenty of food.

The duo opened the first Boiling Crab in 2004 and have been offering “the best tail in town” to customers in more than 11 locations—including Garden Grove—in Southern California ever since. There are also four locations in Northern California, six throughout the United States, and two internationally.

Spice It Up with Original Menu Offerings

A Taste of Southern Hospitality

The Boiling Crab in Garden Grove, California, is well-known for showing its customers a good time, offering southern hospitality and plenty of knowledge in the preparation of seafood.

According to the company website, “Every face in here has our story written on it in smiles and smears. Because the best stories aren’t just told, they’re tasted and lived.”

With great places to eat like The Boiling Crab, it’s no wonder so many love to call Garden Grove home. If you’re fishing for a new apartment in Garden Grove, California, drop us a line at Solara Apartment Homes today!

*On select apartments and on approved credit.
All applicants must meet community criteria and qualify.